With a refreshing and diverse background as a diversity leader, investment banker and barrister, multi-award winning Dr Miranda Brawn is a recognised as a trailblazer and honoured numerous times domestically and internationally. Often referred to as a “breath of fresh air”, she is a leading, global executive and business leader with significant expertise across the finance and legal industries. One of the first women of colour on the trading floor in the 1990s, with a robust track record managing legal risk, investments and operations for the world’s biggest companies, taking businesses and individuals to their next level of growth.

Dr Miranda Brawn is also a social entrepreneur where she is Founder of multi-award winning The Miranda Brawn Diversity Leadership Foundation. This is a registered charity making UK history blazing a trail for the next generation helping to close the diversity gap by launching the first diversity lecture aimed at schoolchildren.

Named as one of the UK’s leading diversity champions and the go-to person for race diversity in the City of London. She won an award from the UK Prime Minister and personal praise by HRH Prince Charles of Wales for her extensive diversity and charity work.

Her professional experience combined with her exuberant personality makes her a sought-after international public speaker spanning across the UK, Europe, Africa, Asia, America and the Caribbean. She is also a patron, board advisor and member to a number of organisations, charities, individuals, governmental commitees including at the House of Lords and House of Commons. A fashion diversity advisor and brand ambassador for various brands like Flair Atelier and The Fold London. She has fashion designer under her belt too where she has designed Flair Atelier’s The Miranda Dress.

A strong spokesperson for equality and regularly writes about the need for diversity and giving back. She is also an ex-UK Global Poverty Ambassador and Global Goodwill Ambassador. An equality commissioner, business and diversity expert on prime time television and radio while being quoted in the national press. Due to an increased demand to learn more about Miranda’s journey and success tips her first book is due to be published in 2020 by one of the world’s largest book publishers.

Hailed as a trailblazer and honoured numerous times for her achievements, Miranda features as one of the most influential persons by numerous Powerlists: 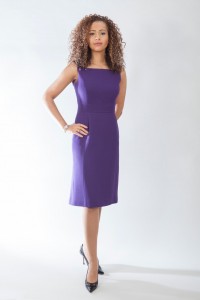